The terms and conditions for viewing, using and purchasing on Buy Turf Online are provided below.

A. QUOTATIONS AND ORDERS

(a) The Company’s products are for sale to adults over the age of 18 years old and the Purchaser warrants they are over the age of 18 years.
(b) The Company endeavors to ensure that that its product list is current, however it gives no undertaking as to the availability of any product advertised on its website or other material.
(c) The Company supplies and dispatches most products within the Sydney metropolitan, central coast and Blue Mountains area’s only at this stage. Some products are supplied and dispatched Australia wide.
(d) An order or an offer to purchase is accepted only when the Company confirms its acceptance in writing; until then the order is not binding on the Company.
(e) Any modification agreed verbally will be effective only after confirmation by the Company in writing.
(f) Orders or offers to purchase, if accepted, are subject to the understanding that any orders may be filled by a supplier of the Company.

(a) All prices are in Australian Dollars (AUD) and are inclusive of GST and the Company reserves the right to amend its prices at any stage prior to acceptance of an order from the Purchaser.
(b) If any charge, duty or impost of any kind not chargeable or applicable at the date of the order is imposed or becomes payable or applicable on or in respect of the Goods or the transportation export or import thereof by or under legislation, regulation or governmental action or other matter whatsoever, beyond the Company’s control, it will be added to the Purchaser’s account and (to the extent to which it is paid or borne by the Company) be recoverable accordingly.
(c) If the Purchaser subsequently directs that delivery be spread over more lots at different times or to different addresses from those specified in the original order, then each such delivery will be deemed to be a separate quantity and a novation of the original contract and may be priced accordingly. The Purchaser will be liable for any additional charges incurred by the Company in so doing.
(d) The price(s) charged shall be the price(s) ruling at the date of acceptance of the order unless otherwise agreed in writing. Any price indications or price lists are subject to alteration to price(s) ruling prior to acceptance of the Purchaser’s order.

(a) Except as permitted under the Copyright Act 1968 (Cth), the Purchaser is not permitted to copy, reproduce, republish, distribute or display any of the information on the Company’s website.
(b) The Company’s website may from time to time contain hyperlinks to other websites. Such links are provided for the convenience of the Purchaser and the Company takes no responsibility for the content, maintenance or privacy compliance of any such website.

The Purchaser must pay all expenses incurred in unloading and discharging the Goods on their arrival at the named place of destination and accept full responsibility for the Goods and pay or indemnify the Company for any expenses whatsoever incurred from the time when the said Goods have been placed at the Purchaser’s disposal at the named place of destination.

The Company will make all reasonable efforts to have the Goods delivered to the Purchaser on the date(s) agreed between the parties as the delivery date(s), but the Company is under no liability whatsoever should delivery not be made by the period stated. Any delivery date specified is an estimate and approximate only.

The Company accepts no liability where delivery within any time agreed is prevented or hindered by reason of delays in manufacture or transportation arising from any of the following causes or being in any way incidental: Acts of god, wars, insurrection or internal disturbances, fires, floods or accidents, breakdowns of plant or machinery, unavailability of or delays in shipping or other transport strikes or lockouts of workmen, shortages or other default by suppliers of fuel, power or raw material, priority for supplies claimed by the Federal or State Governments of the Commonwealth of Australia or any overseas government, or any unforeseen happenings or events beyond the Company’s control.

Where a contract is entered into conditional on the Purchaser’s approval of a sample provided by the Company, the Company gives no undertaking, express or implied, that the Goods supplied will be exactly the same as the sample, although every effort will be made to supply Goods similar to the sample. The Purchaser is not discharged from its obligations if the Goods are found not to be precisely the same as the sample.

(a) The Company shall be allowed a tolerance of not more than five percent plus or minus, in respect of all weights and quantities, unless otherwise agreed in writing, and payment shall be adjusted accordingly.
(b) All weights and measures mentioned in catalogues, price lists and quotations are to be considered approximate. The Company’s determination in relation to quantities and/or weights shall be final. Where Goods are subject to tests and/or inspection, such tests and/or inspection shall be performed prior to dispatch from the manufacturer’s factory. Unless otherwise specified, a certificate issued by the manufacturer shall be conclusive evidence that the Goods comply with such tests and/or inspection.

(a) The Purchaser shall inspect the Goods immediately on arrival and shall, within five (5) working days from receipt of the Goods, give notice to the Company in writing of any matter or thing by reason of which the Purchaser may allege that the Goods are not in accordance with the contract. If the Purchaser fails to give such notice, the said Goods shall be deemed to be in all respects in accordance with the contract and the Purchaser shall be bound to accept and pay for same accordingly.
(b) No claim shall be made against the Company unless at the time the Goods in question are intact as a whole. The Purchaser hereby covenants to allow the Company access to the Goods and facilities in any way required for the Company’s investigation (if any) of the claim. Acceptance or disposal of any part of the consignment of Goods in question is hereby deemed and agreed to constitute acceptance of the whole consignment of Goods and an acknowledgement and acceptance by the Purchaser that it has forfeited any rights whatsoever to make any claim in respect of the said consignment of Goods.
(c) Any liability incurred by the Company to the Purchaser is limited to the replacement of the Goods, or (at the option of the Company) to refund the price paid by the Purchaser. Any damages recoverable from the Company as a result of any proven breach by it of its contractual obligations, shall not include consequential damages, and shall not extend to loss of profit, resale, storage or other charges. Investigation of any claim by the Company shall not constitute or be constructed as an admission of liability by the Company. It shall be a condition precedent to the making of any claim whatsoever against the Company that the Purchaser has paid in full to the Company all moneys owing by it.
(d) Compensation for short deliveries shall be limited to refund of an amount not exceeding the value of the agreed shortfall at the selling price. The Company accepts no liability or responsibility for damage to Goods or shipping containers or packages and the like, or for labour charges in the counting or assessing of any claim.
(e) Returns will not be accepted after 5 days from invoice date. Invoice No. and purchase date must be supplied when returning Goods. Goods cannot be returned without the prior written approval of the Company.

(a) Any pallets used for the delivery of Goods remain the sole property of the Company and are required to be returned to any of the Company’s or its agent’s warehouses, stores, factories or offices, upon its request and at the Purchaser’s expense.
(b) Any pallets not returned within 14 days after request are to be paid in full by the Purchaser at a valuation determined by the Company. Such valuation shall be final and binding as between the parties

All warranties guarantees and conditions other than those expressly stated in these Terms and Conditions, and whether implied by statue, common law, custom of the trade, or otherwise, are to the extent the law permits, expressly excluded.

In consideration of the Company having agreed to or agreeing to sell Goods or to extend credit to the Purchaser, the Purchaser charges (as beneficial owner) all freehold and leasehold interest in land and in any assets that the Purchaser now or during the course of this agreement acquires. The Purchaser consents to the Company lodging a caveat or caveats noting its interest pursuant to such charge.

If any provision of these terms and conditions shall be invalid, void or illegal or unenforceable the validity, existence, legality and enforceability of the remaining provisions shall not be affected, prejudiced or impaired.

It is the responsibility of the Purchaser to procure any insurance coverage over the Goods, should it choose to do so and on such terms as it deems fit, prior to the Goods being dispatched for delivery.

Buy Turf Online reserve the right to re-bill a customer’s credit card for extra services and/or surcharges applicable in addition to the initial order, such as but not limited to a turf laying service, wheel barrowing fee,  environmental disposal fee, or soil testing. By accepting the terms listed here, the User is accepting potential extra charges listed in the Surcharge Schedule. 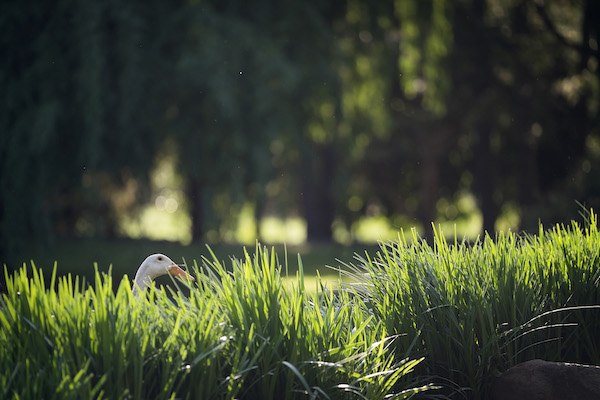 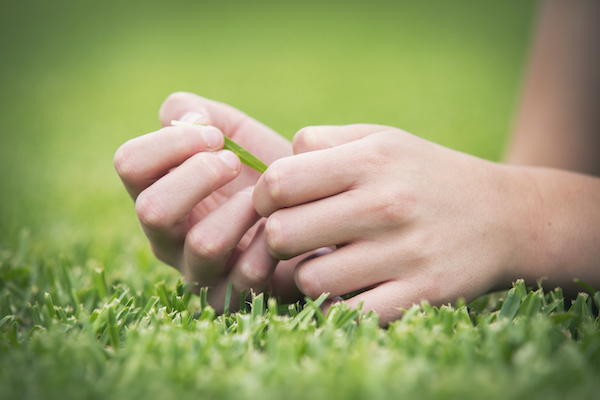 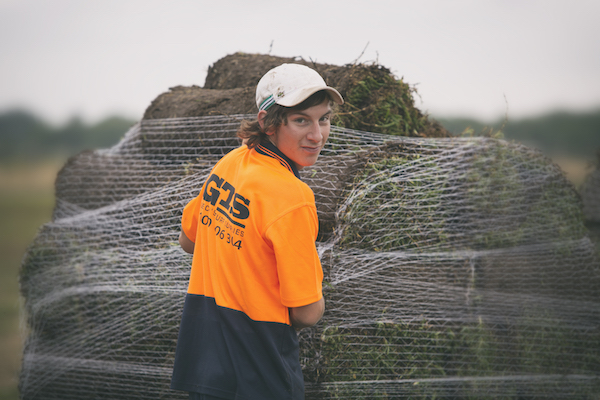 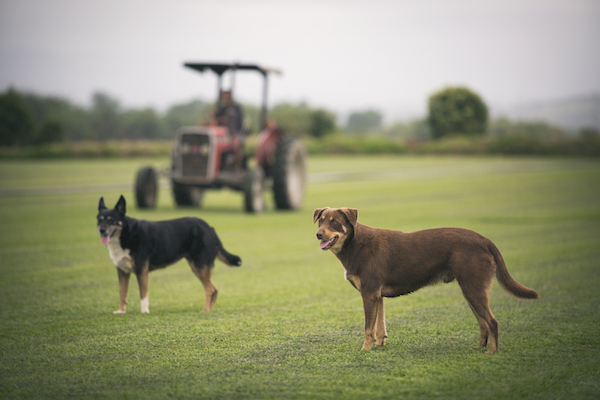